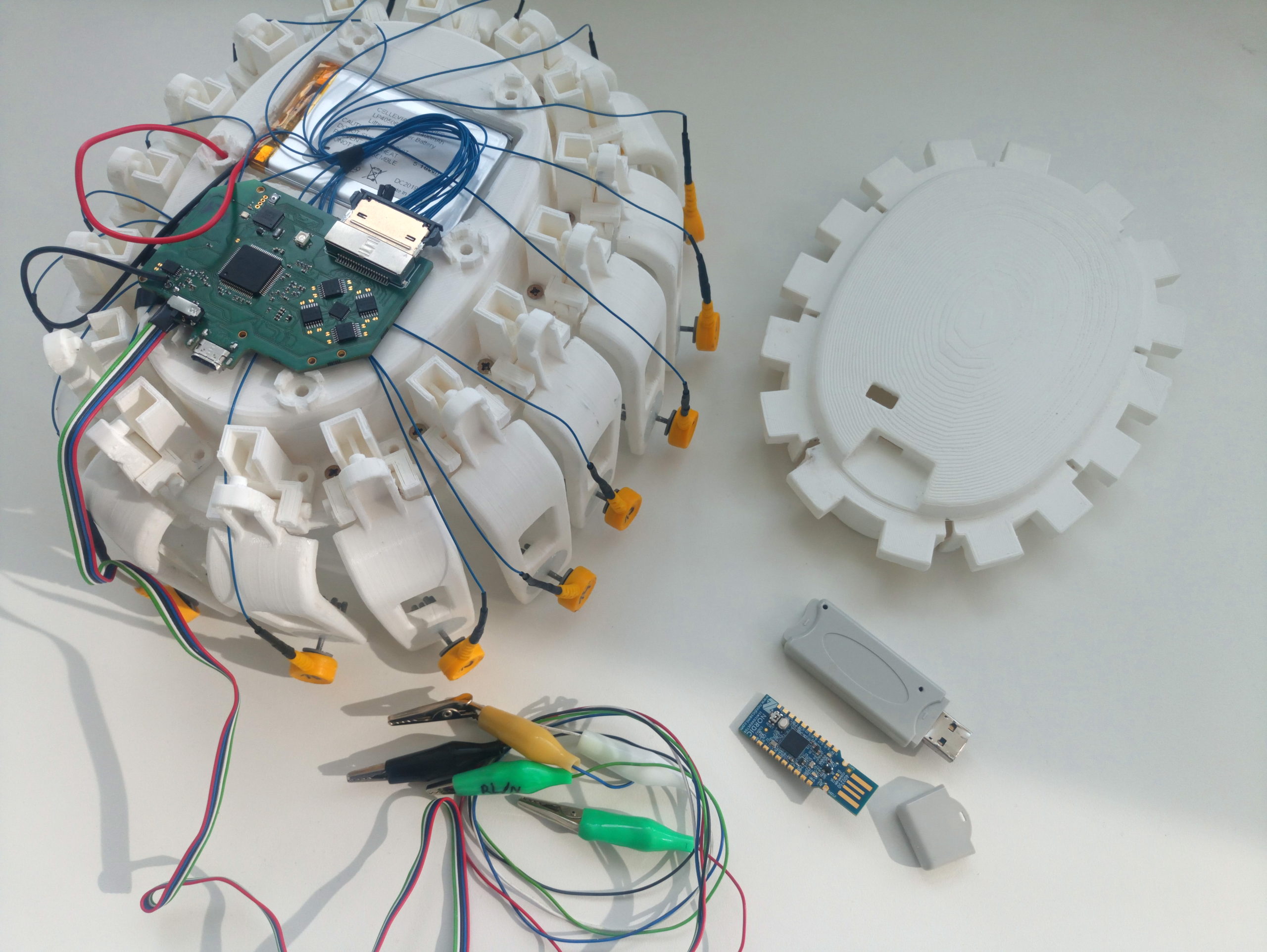 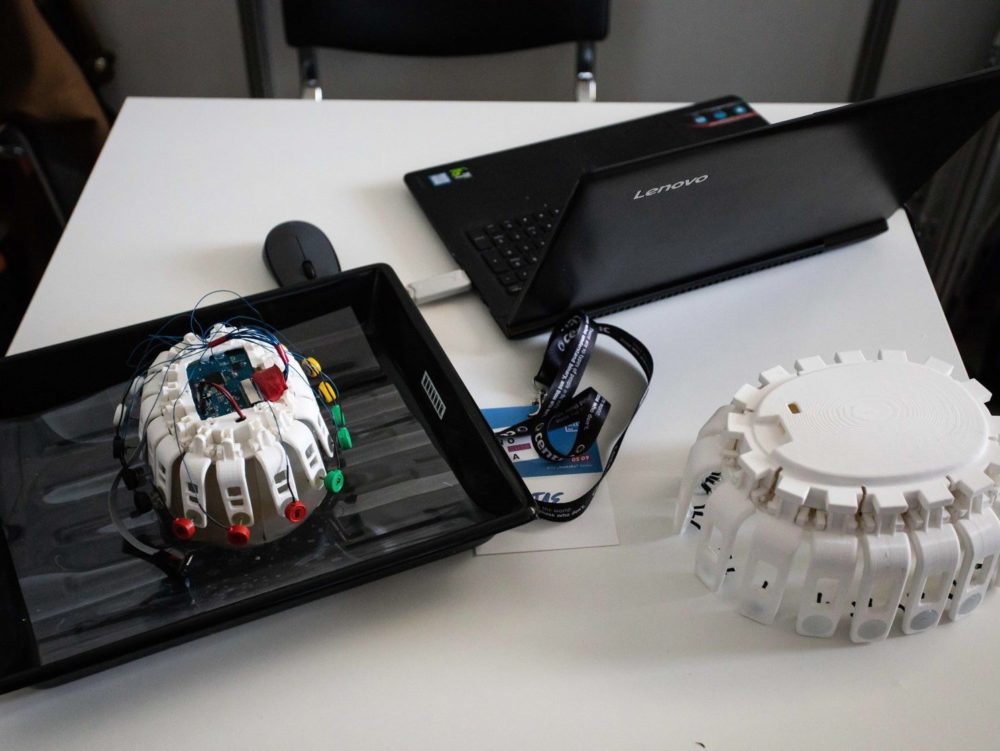 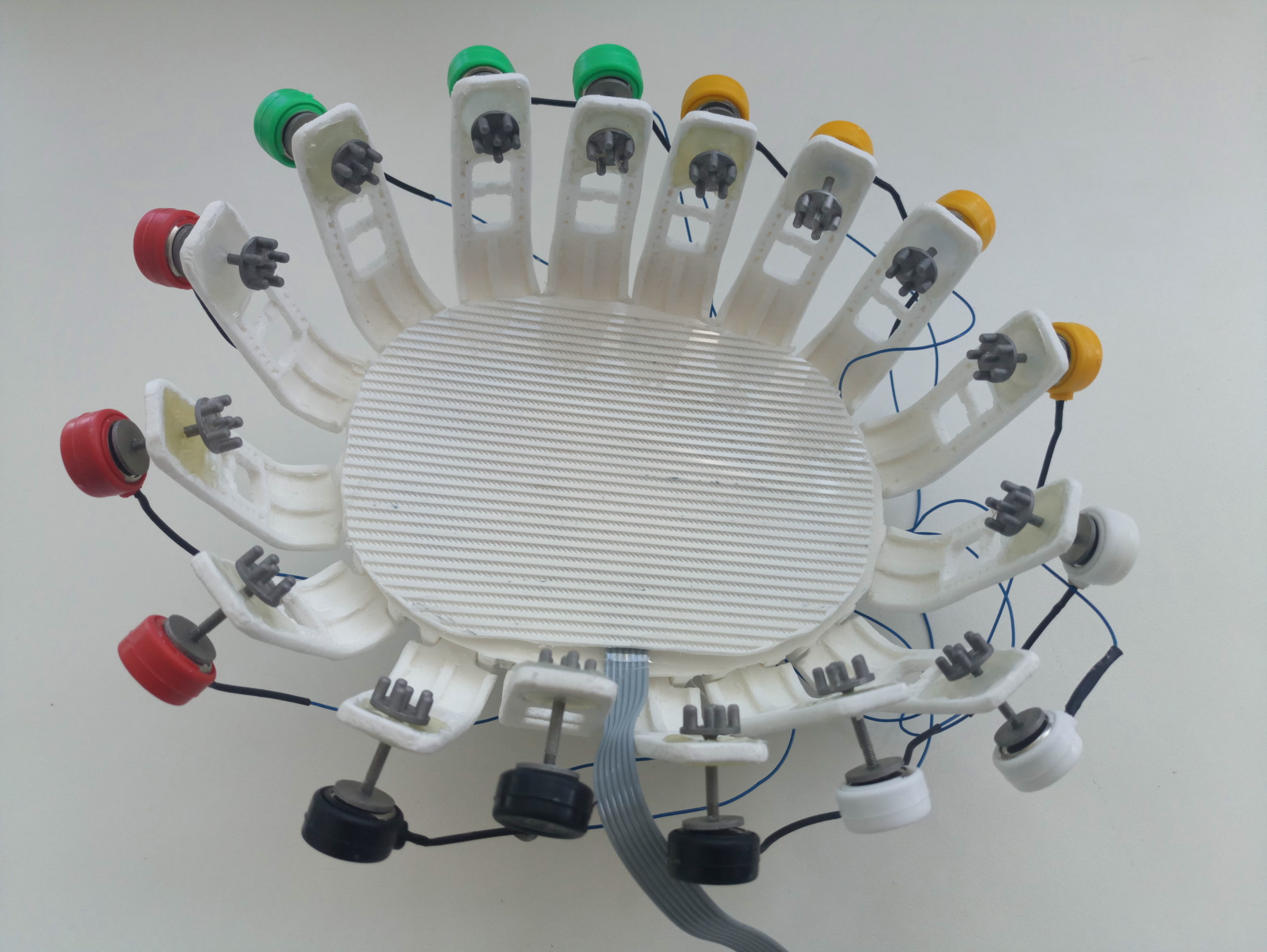 The system is a medical device to be used for post stroke patient monitoring to help physician or patient himself asses the trends of his post-stroke state in order to predict  and prevent possible complications and comorbidities such as atrial fibrillation, upcoming cardiovascular crisis and risk of secondary stroke. System is intended for continuous and/or intermittent monitoring of the patients in hospital, ambulatory and recovery follow up. The system is composed of two components: cerebral blood circulation assessment subsystem (or head bio-impedance subsystem) and cardiovascular monitoring subsystem (or cardio-plethysmographic system).

Head bio-impedance subsystem make use of surface electrodes to measure complex impedance of the head tissues. The measurements are based on the transmission of an alternating current of an allowable strength between two or more electrodes, reading the voltages on the others. Impedance can be measured using single frequency or multiple frequencies (electrical impedance spectroscopy). The head impedance reflects two components: head scalp blood circulation and cerebral blood circulation. The latter is the target of the system and should be enhanced by signal processing or by signal acquisition techniques. The signals of the impedance are temporal and spatial. So, the system should deal with both: acquire impedance changes over time (it should be synchronized with the heart cycles) and to see the distribution of the impedances over the head (at least left-right sides). The proposed system does not aim to provide an image reconstruction of the patient’s brain, but to determinate in a qualitative way the shift of the patient’s state: is it worsening or is it stable or even improving. For this purpose, a complex algorithms based on a signal processing, tomographic techniques and data analysis should be implemented. The subsystem can be designed as a futuristic helmet/cap, which with special extremities reaches electrodes positions on the head.

Another part of the system is cardiovascular monitoring subsystem that is used non-directly assess the post stroke patient’s condition as the state of the cardiovascular system is very tightly related with the state of the cerebral blood circulation (as is shown in multiple scientific applications). We anticipate that observables, such as arrhythmias (ventricular premature beats, atrial fibrillation), pulse rate variability, pulse transit time could be of valuable importance to assess post stroke patient’s condition. The subsystem could use electrocardiography (ECG), photoplethysmography (PPG) sensors in order to detect and calculate such parameters as Pulse Transit Time (PTT), Heart Rate (HR), Heart Rate Variability (HRV), Atrial Fibrillation (AF). ECG signal as well could be used to pick reference signal for synchronization of events from both subsystems. The cardiovascular monitoring subsystem can be designed as wrist worn wearable device to be less obtrusive to the user.

Both subsystems compose full system integrating cerebral and cardiovascular blood circulation monitoring. Also, systems can be separated and only less obtrusive wrist worn system can be used for all day monitoring of the patient.